A Dawoodi Bohra Londoner goes back down memory lane to recall the journey of how one of the Dawoodi Bohras’ first masjids in the west was built, and how it became a catalyst for the growth and progress of the Bohra community in London, ultimately leading to hosting the annual international commemoration of Ashara Mubaraka 1444 H/ 2022 AD.

When my father left the island of Ceylon – present-day Sri Lanka – at just 17, he set sail with a spirit of adventure and bravado, a mop of wavy hair, a clean-shaven face, and a buttoned-down shirt. Seeing him today with a flowing white beard and billowing robes behind him as he strides across the grounds of the Dawoodi Bohras’ London mosque then begs the question – what happened?

I grew up in a quiet English neighbourhood; a three-storied townhouse, with a small back garden. We were a boisterous band of five kids who had a habit of trying to outrank each other in ball games. Despite appearing gruff, the gentleman next door would indulge our fence-crossing-feats and we in turn learnt to abide by the etiquette and social dictates of polite British society.

The vestiges of imperial power meant that more than half the world had been influenced by the legacy of British culture and tradition. London, therefore, was a hotbed of immigrants, and thus the foundational community of Dawoodi Bohras here was formed from the diaspora of the colonial era. Although from different lineages, there was a shared British identity and ecosystem of faith. We were as much ‘British’ as we were ‘Bohra’. We attended evening prayers after school, spent Saturday mornings at community school, and gathered regularly to mark important occasions. Yet we also relished afternoon tea and scones with as much gusto, celebrated football with the same earnestness, and England’s rich history held the same enchantment over us as it did on the world.

A big influx of the Dawoodi Bohra community occurred in the 1970s when England gave many a sanctuary from war and economic turmoil. Many of those that came here became doctors, engineers, entrepreneurs, and lawyers, and were proud of their contributions to British society. It was also then that the leader of the Dawoodi Bohras, the late Syedna Mohammed Burhanuddin, had begun to visit London more frequently. His stewardship was the catalyst which saw the community flourish. The need to build social capacity and fulfil the aspirations of the community became paramount. The collective dream became about making a distinctive space – a mosque, or masjid as it is known among Dawoodi Bohras – that encompassed the meaning of community. 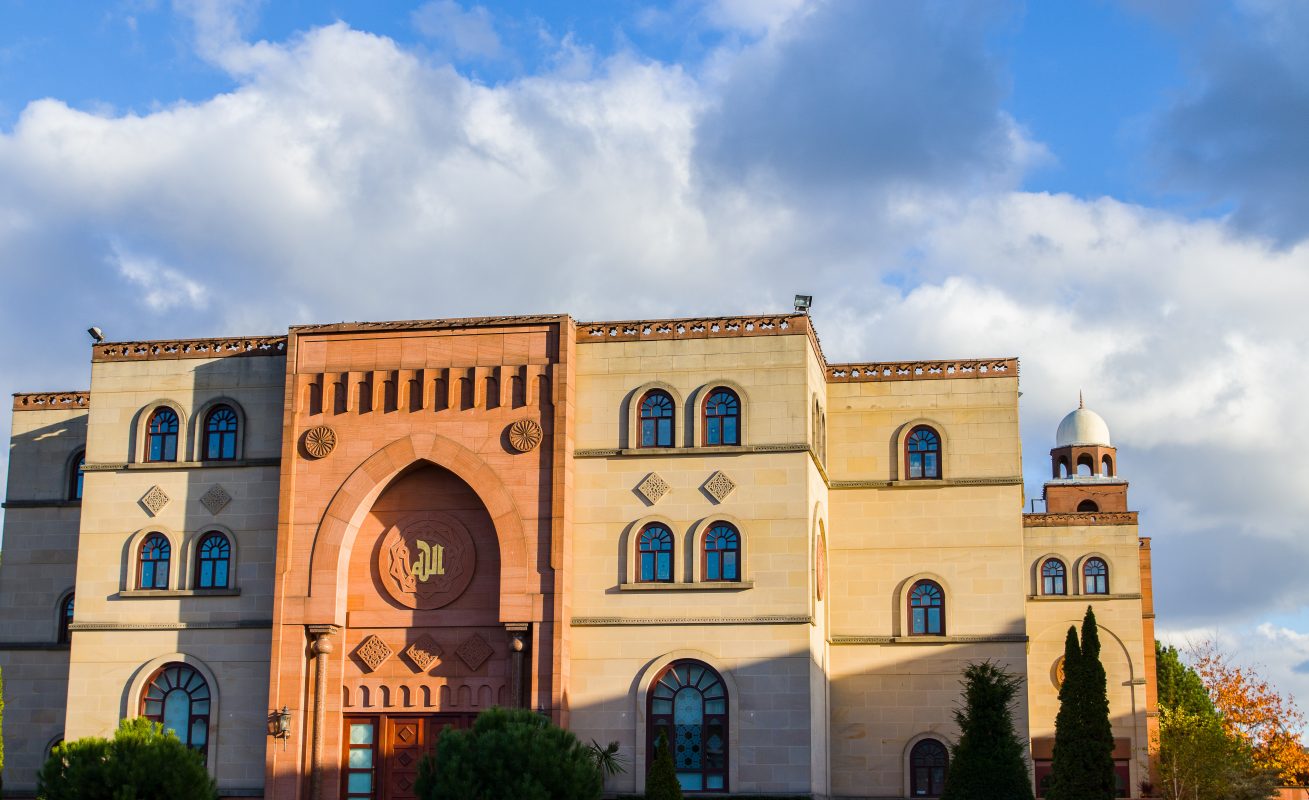 Despite countless challenges and hurdles, land for the purpose was finally purchased. Every Saturday henceforth, a small group of us headed to the grounds to offer prayers for speedy and impediment-free completion of the masjid. In retrospect, I have to admit that, as kids, we were not the most agreeable bunch to sacrifice part of our weekend. Yet despite the moaning and groaning, we felt a part of something transformative and were always gratified by the delectable meal served at the end by talented members who did double time as chefs.

The historic moment when the first Dawoodi Bohras masjid in Europe – Masjid-e-Husainy – was built and the opening ceremony performed will stay etched in my memory forever. I was 14 years old and had spent much of my life under the haze of the dream. And now it was true. The spatial embodiment of the community’s philosophy and spirituality, its edifice shone with divine beauty. In the annals of history, it stood proof of an indomitable community spirit. Built with sweat and love and faith and hope, the mosque became a clarion call to each one of us to realise our true potential. And so we did.

The Dawoodi Bohra community grew from a motley group of young adventurers to a thriving, close knit community of the faithful. The men, women and children elevated themselves to a higher standard in every sphere of their life. With the mosque at its heart, the community complex incorporated a community kitchen that ensured every home received at least one nutritious meal a day; a community hall for all occasions; a community school to teach young members about the faith; a community fitness centre to advocate wellbeing; and community welfare offices to oversee each aspect of an individual’s holistic growth. Fortunate to have a home in the complex, I have witnessed closely the fortitude which has borne today’s fruit.

The little girl looked at me and asked – “Where are you from?”

Her question came hesitantly as she interjected an animated conversation between me and an old friend. I looked at her wondrous inquisitive eyes as I responded: “Decades ago, this was my home. Today it is yours. But collectively, it is ours.”

Community is more than just an ephemeral moniker for a collection of individuals. It is beyond just a transitory membership. Real communities grow together. The attitudinal architecture of community is best summarised by psychologists McMillan and Chavis in an article titled “Sense of Community: A Definition and Theory.” What makes a community, a community? “A feeling of belonging; the sense of mattering and making a difference; the feeling that needs will be met; and the belief that members have shared, and will share, a history”

The little girl and I shared our history from the same soil. But the union of our hearts sequestered on the attachment we had to the community that today was preparing to host the transformational event of Ashara Mubaraka and welcome our leader, Syedna Mufaddal Saifuddin. In a world rocked by tumult, our sense of community is less and less about being from someplace, and more about being like someone. And that someone, for us, was coming home.

As the flurry of preparation rings about, I steer across the complex. I bump into an old teacher as I head towards my office where the little boy I used to carry around has risen to head my department. When I look around, it feels as though all Bohras with a connection to London are here. I am greeted as ‘daughter, sister, aunt, friend’. Why? Our identity-forming narrative lies in our shared stories together. No one has mandated or forced this connection; we are a fraternity of brothers and sisters bound by an unwavering commitment to our faith. But there are also security personnel, council members, Safety Advisory Group officers, event management companies, and construction workers all around the site. There is pulsating energy in their work, as they stand by us, side-by-side, blurring the identity of communal kinship and infusing it with a unified call to action.

Today, the community has reached a moment in time that signifies the apex of their existence.  Ashara Mubaraka, or the Blessed Ten, is a period of ten days at the start of the Islamic new year that is dedicated to remembering the tragedy of Karbala and the plight of Imam Husain, his family and companions as well as their stand for Islam, justice, truth and humanity.  Where the tragedy of Karbala, the sacrifice of Imam Hussain and his followers will be remembered by Dawoodi Bohras in the sacred hallows of Masjid-e-Husainy – whose very name is a testament to the remembrance of Imam Hussain.

In an era where disenfranchisement is rife, everyone seems to be scrambling for some sense of belonging. For us, it is very clear. Here, we belong.

~ A Daughter of London

9 thoughts on “The Making of a Community”