As part of the Dawoodi Bohras’ Project Rise initiative, members of the Bradford community battled through the snow to participate in the planting of 10,000 trees for Bradford Council’s ‘Tree for Every Child’ scheme.

In an effort to combat climate change, the City of Bradford has started the ‘Trees for Every Child’ project, in which a tree is being planted for every primary school child in the city. In collaboration with Trees for Cities and Bradford Council, the Dawoodi Bohras of Bradford joined other volunteers, including local Member of Parliament Judith Cummins and former 10 Downing Street spokesman Alastair Campbell, to help plant trees in Newhall Park. The trees they planted will create a forest canopy for the local community to enjoy whilst supporting habitats and food sources for urban wildlife and bringing splashes of colour to the park throughout the year.

After the event, Raaj Cochin, a representative of the Bradford Bohras, described how tree planting is a regular activity for Dawoodi Bohras all over the world.  “Along with protecting the natural environment through upcycling, local park clean-ups and many more projects, tree planting is a priority for the Dawoodi Bohras. In the United Kingdom, we are proud to support and participate in the Queen’s Green Canopy initiative to further their environmental efforts to protect the Earth.”

Judith Cummins, Member of Parliament for Bradford South, commented, “I am grateful that so many members of Bradford’s Dawoodi Bohra community joined me and over 150 other volunteers in Bierley to brave the snow and plant almost 10,000 trees for the Queen’s Green Canopy at Newhall Park this weekend. The project brought Bradford together and will grow into a lasting legacy that will benefit the community and the environment for decades to come. I sincerely thank Bradford Dawoodi Bohras for all their support.” 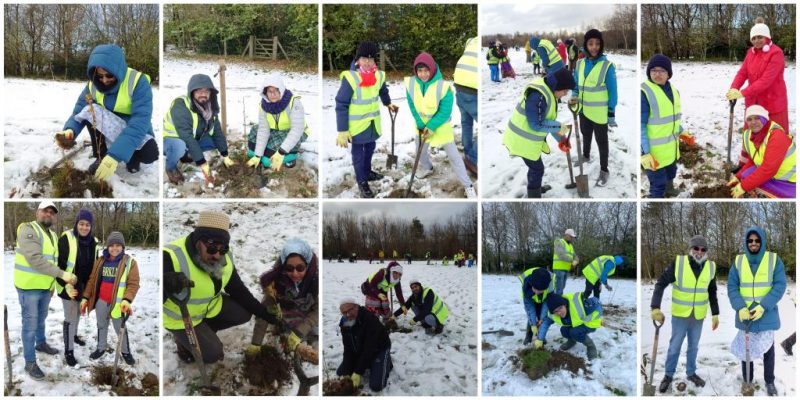 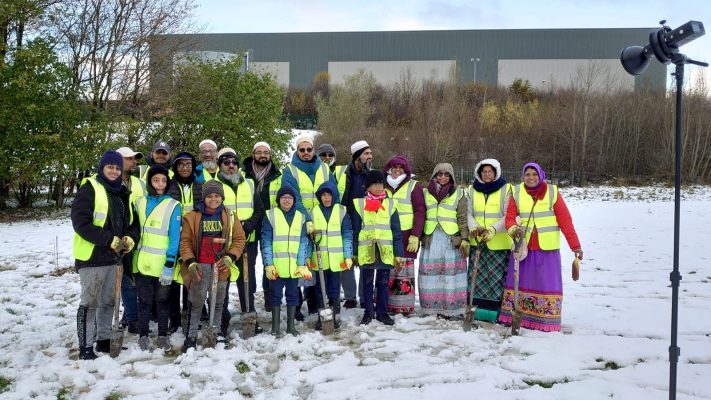