Many people continue to struggle during the coronavirus pandemic and this was further exacerbated by Storm Eunice which impacted much of England. The compounding effect of coronavirus and unprecedented climate disruption makes food banks across the UK a primary source of relief. In an effort to raise awareness of food insecurity and support the hungry, the Dawoodi Bohras of London organised a collection of food and useful items for the Ealing and Slough food banks in the Greater London area following Storm Eunice.

As part of their global Project Rise initiative, the Bohra community came together to provide food, toiletries such as shampoo and toothpaste, and other essential items, including nappies. In order to garner the most participation from community members, the food bank collection was held on a Saturday during the time when many children attend Saturday school. Involving children at this young age in charitable work and helping those in need sits at the foundation of the Bohra community’s teachings. The overwhelming generosity of the community allowed for substantial donations to be made to both food banks. 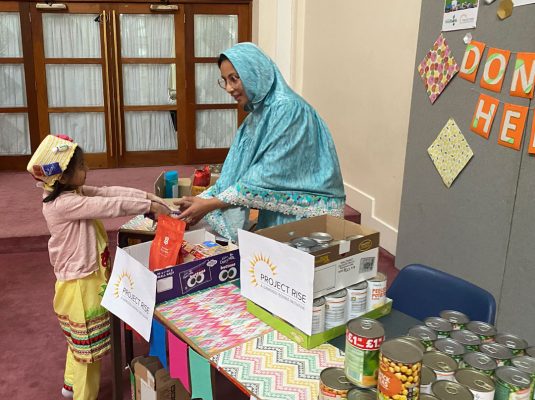 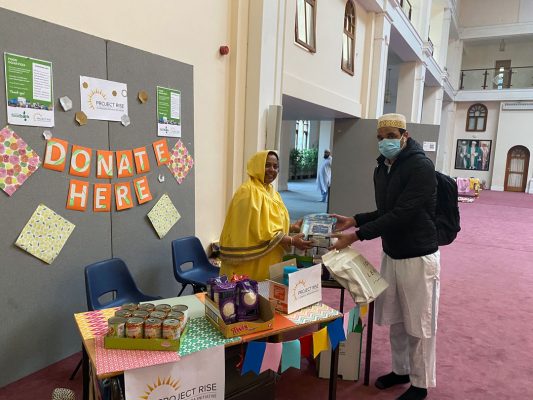 In the last year, 1.6 million emergency food parcels have been delivered from food banks to those in need and, according to reports by the Trussell Trust, the UK’s largest network of food banks, this crisis is only set to increase in the coming months as more people are unable to work due to the current health crisis.

Emma Revie, chief executive of the Trussell Trust, recently told The Guardian, “It’s really concerning, we are anticipating a significant increase in users as more people are unable to work.” Food banks normally work with support from the public, who donate non-perishable food at a range of places such as schools, churches and local businesses. Then volunteers sort the products into emergency food parcels to give to people in need. 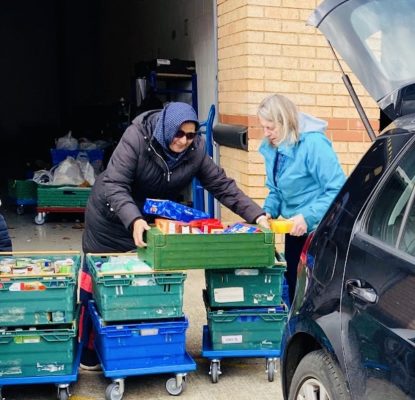 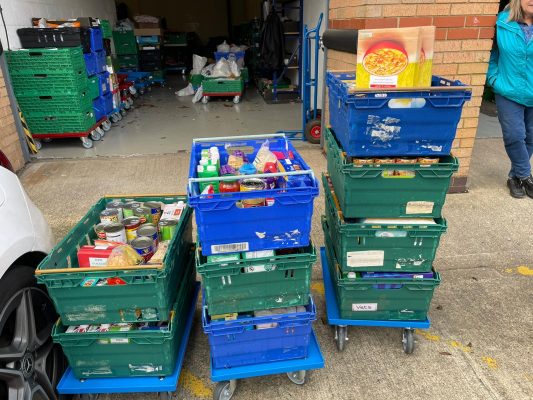 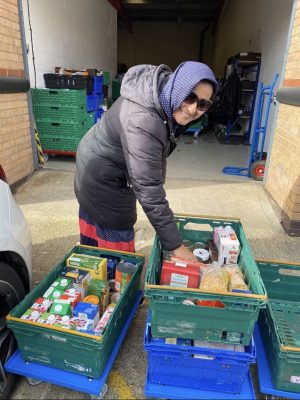 Contributing to the local community is integral to the Dawoodi Bohras’ way of life and to the global Project Rise initiative. In a time of serious food insecurity, the London Bohra community are grateful to have had the opportunity to support and contribute to the work being done by food banks across the nation.