The Dawoodi Bohras of London were privileged to welcome Her Excellency High Commissioner of India Gaitri I Kumar to their Masjid at Mohammedi Park Complex in Northolt, London, to mark the 75th Anniversary of relations between India and the UK.

Her Excellency was welcomed and hosted by His Excellency Prince Qaidjoher Ezzuddin, the brother of the leader of the Dawoodi Bohras, His Holiness Syedna Mufaddal Saifuddin. Members of Parliament and members of the local community also joined the celebrations. 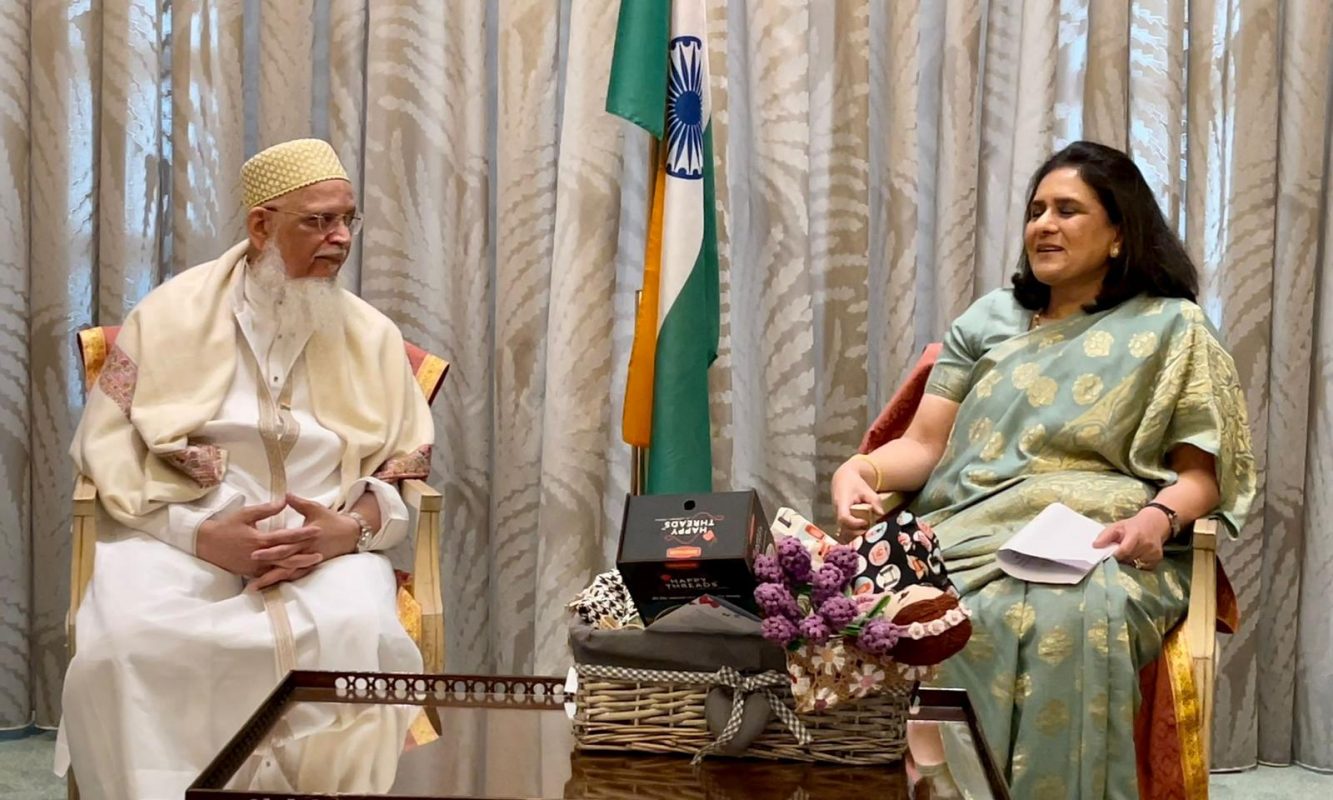 In celebration of 75 years of a rich and strong India-UK friendship, Her Excellency came to Husainy Masjid in London on the occasion of the birthday of Mahatma Gandhi.  Her Excellency was invited to help plant 75 trees in the grounds of the Masjid as part of the Dawoodi Bohra’s global Project Rise and their worldwide tree planting initiative started in 2017.  She spent time talking to community members about their families, businesses and careers, and contributions to British society.  The afternoon ended with a buffet of the traditional ‘Bohra Biryani’. 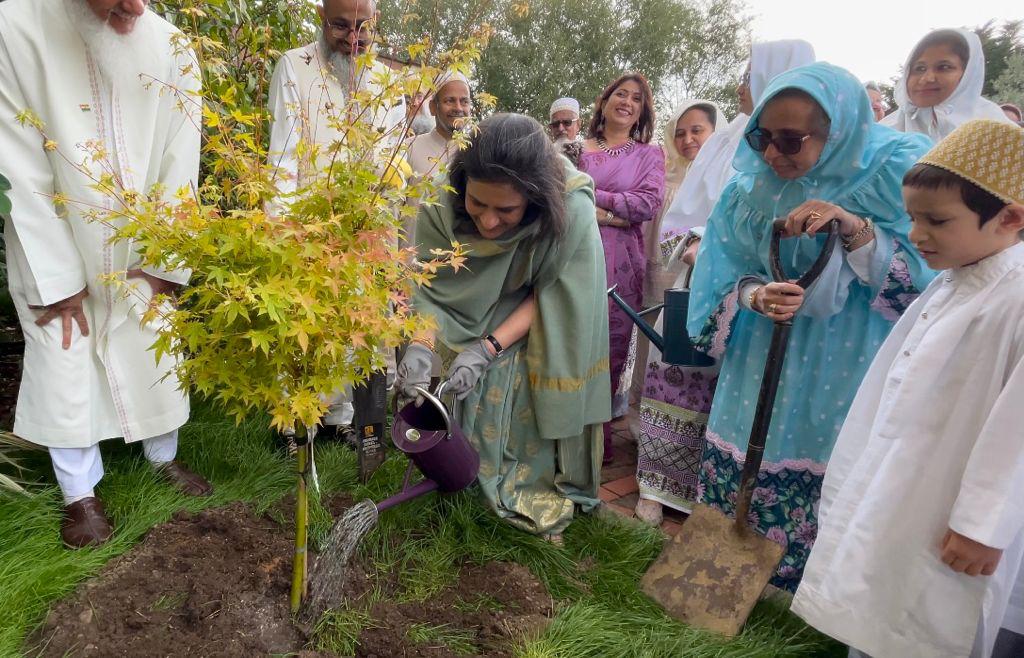 Many of the UK Dawoodi Bohras are Indian immigrants, who moved to the country in the latter half of the 20th century in an effort to seek higher education and new opportunities. Although ethnically Indian, British Dawoodi Bohras have embraced their new home, integrating and celebrating their Indian heritage with British culture.